Let's Keep Sounding off: Why Being a Broken Record about EHR Standards Ensures Innovation in Healthcare 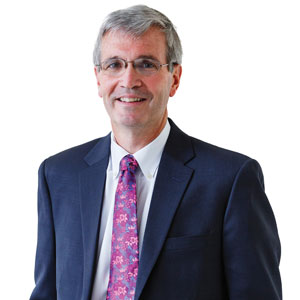 Since arriving at Intermountain Healthcare 14 years ago, I’ve seen, learned, and experienced the importance of standards in healthcare information technology (HIT). I’ve become convinced that we are wastefully spending billions and losing hundreds of thousands of lives needlessly because—even though we can—we won’t solve the HIT standards problem. A lack of standards also needlessly hampers innovation by creating an environment or proprietary systems, which if used together would hasten new, integrated technologies and innovations.

As I travel the country and the world, I speak out about the need for standards including the imperative for interoperability. I suspect that I sound like a broken record. Nevertheless, while something so fundamental as standards continues to be overlooked by those with the responsibility and ability to improve healthcare, I will keep repeating myself.

How a lack of standards cost billions and the lives of hundreds of thousands of people each year:

• Redundant tests performed due to technically disconnected providers not having needed information.
• Unmanaged care (diet, medication use, symptom management, etc.) due to patients and providers not being technically connected.
• Inappropriate and/or unnecessary—and sometimes fatal—care due to poor patient identification.

However, the larger costs in dollars and lives likely come from our inability as healthcare providers to access the best and most appropriate care protocols (the right test, drug, advice, procedures, etc.) when they’re needed. We need the ability to share them unilaterally. Unfortunately, not every practitioner has access to best practices, but they could and they should. When you have a medical problem, you want your physician to have the best practices at hand, don’t you?

It’s not as if standards weren’t being thought of when the HIT Policy Committee (HITPC), in which I participated from its inception in 2009 through 2016, began encouraging the implementation of safe Electronic Medical Record systems (EMR or EHR) across the U.S. However, our singular focus on increasing the use of electronic records kept us from taking the time to address the foundational need for standards. The HITPC leveraged a clause in the stimulus act called Meaningful Use to define functional requirements of the EMR, but because of an urgency to spend the billions in available stimulus money, did not address the need for interoperability of data or the systems. The money spent, made EMRs commonplace in hospitals and physician practices across the country, but realization of the value from that massive investment in EMRs is limited due to a lack of enforced standards.

The concept of standards is not novel; they touch almost every aspect of our lives. In the U.S., we have standards for electricity, water quality, road signs, food preparation, the internet, QWERTY keyboards, and cellphones. We even have a standard for two types of screws. Standards are everywhere; the list of them is not a short one. Despite some funny regional dialects, the English language is a standard. It represents an agreed upon nomenclature that we use to communicate. Standards, like language, are also nomenclatures, ones the life and social sciences have used for thousands of years. I’ve often talked about the Australian railroads and how they had to standardize to allow for an interoperable rail system and lower the rail travel costs. I don’t mind repeating their story because it’s still a great analogy for what we need to do with HIT standards. But, like those railroads, we’ve created overly complex and expensive ways to share health records between EMRs, and largely we can’t do that completely. If your providers do not use the exact same EMR, your health information can’t be completely shared between your providers.

Too many standards hamper our ability to succeed with the effective and complete exchange of data. In fact, there are so many proprietary “standards” that you’d need a highly specialized education to understand them all. Every healthcare organization and vendor can point out their standards, but, unfortunately, their standards live between air quotes and are anything but standard. Decades ago, really smart people recognized the need for standards and began developing and defining them. As these standards evolved, even more really smart people began improving them—at least in their own perspective of improvement. That cycle continues on today. Groups like HL7 recognized this disturbing trend and worked hard to standardize the standards, but only to varying levels of success. The reality is, we remain overwhelmed with individualized standards that don’t sum up to standards at all.

The story of standards is as crazy as it sounds. The answer to the quandary, however, is simple to define; it will just take years to complete. To begin solving the issue, someone has to take ownership and define, oversee implementation, maintain, and enforce national HIT Standards. From my perspective, that must be the federal government. Volunteer organizations, committees, vendor sponsored groups, and other organizations have not (and in my mind cannot) get this done. Too many special interests and competing strategies exist to get national standards in place. Nearly everyone sees the problem, but no one has the authority, means, and national interest to lead us to a solid solution.

I’m staunchly conservative and not inclined to government growth, so it pains me to say that we need the federal government to:

• make HIT Standards a priority, assign and fund a public/private collaboration to define and maintain national standards.
• legislate the enforcement of the implementation of those standards.

The formation of a public/private organization could be completed in weeks—certainly under three months—the definition of standards could be done in less than 12 months, and nationwide implementation could be achieved in less than 7 years.

To highlight the importance of HIT standards, we only need to look at how the lack of them is an issue of national security. It’s quite possible that more lives are lost each year because we don’t have standards than have been lost in any war. Precious dollars are being spent, care is being allocated inefficiently and inequitably, soldiers lack access to needed care, children don’t receive proper healthcare, research is severely hindered, fraud increases, data security is compromised, and a host of other issues continue to plague healthcare. Not every healthcare issue resolves itself with standards, but standards will help nearly every healthcare issue.

Short of healthcare rationing, no other issue has a greater impact on healthcare in the U.S. No candidate will stump for HIT standards in future elections. Most voting constituents don’t understand the issues caused by a lack of standards; they just know they have to face a lot of rigmarole to get effective healthcare. Health professionals know to what extent the lack of standards harms patients, and we can solve this problem. We just need an iron will and a collective and repetitive voice to get the government to listen. I don’t like sounding redundant or bombastic, but my only recourse is sounding like a broken record because HIT standards are really that important.

Zaizi: Navigating the Content Explosion with Open Standards for the New Digital Age

Unlocking the Value of Connected Cars

Comprehensible Distribution of Training and Information...

The Current Focus is On Comprehensive Solutions

Big Data Analytics and Its Impact on the Supply Chain

Carmax, the Automobile Business with IT at the Core

The CIO's role in rethinking the scope of EPM for...

Transformative Impact On The IT Landscape

Get Ready for an IT Renaissance: Brought to You by Big...

Technology to Leverage and Enable

Speed is the Name of the Game

Step In, Step Up, Or Step Off!

The Art of Digitalization

Bridging the Generational Gap in E-Governance

The State of K12 Student Data Privacy in the Cloud

THE ROAD TO DIGITAL TRANSFORMATION FOR PUBLIC UTILITIE

However, if you would like to share the information in this article, you may use the link below: